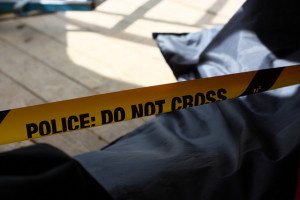 The Associated Whistleblowing Press is a decentralized leaker platform. AWP is designed to prevent any kind of centralization including some head person becoming the iconic representative of the project. Pedro Noel, a philosopher, Internet media activist and co-founder of the AWP, discussed the changing characteristics of whistleblowing in our time on Noisy Square.

“Society is modeled by information”, says Noel. “The kind of information that is available and the way we assimilate it models our behavior”. We’re currently suffering from a moral crisis both economically and politically. Corporations and politicians are far removed from the people and the common good. The theory of change, according to Noel, lies in whistle blowing.

Classical whistleblowing takes places within the boundaries of organizational structures. An example would be employee blowing the whistle on a corrupted colleague. The information (0) exposes illegal acts and is acquired (1) by the leaker because s/he has access as a result her position in the organization. The information is (2) shared with an authoritative figure because the goal (3) is to expose a wrongdoing. The result (4) is retribution for the wrongful acts exposed by the leaks. For instance legal prosecution or firing someone from their job.

But the whistleblowing of today is very different, says Noel. It generally doesn’t pertain illegal activity but rather information that is relevant for the general public. A good example are the leaks of Snowden, the mass surveillance activity isn’t strictly illegal but relevant for the public to know. The information isn’t shared with an authority to aid legal prosecution but rather with the public through the media channels to generate public awareness.

Within the new framework of whistleblowing there are some structures that need to be improved. First of all, we need to agree on what constitutes whistleblowing. Secondly we need a legal framework to protect whistleblowers and the journalists who aid them in getting the information out. The recent guilty verdict of Bradley Manning and the ongoing investigation into Wikileaks is proof of that.

Logistics: tools for leaking need to be improved. We need better platforms to enable the security and anonymity of whistleblowers. On the publishing side some lessons can be learned as well. There’s no point in uploading 10 gigabytes of raw data to Pastebin, no one is going to read that. On the other hand people featuring in the leaked data need to be protected as well.

ASW is building an improved leaking infrastructure to reflect the changing face of whistleblowing. They can use help. They could really use data analysts, writers, designers and legalists. You could also support them with hardware or donations. Go to http://awp.is/ for more.